Elections DO have consequences and the most dangerous voter is always an uninformed voter. How we cast our ballot can effect the circumstances of crime running rampant, churches being silenced, children being recruited into sexual slavery in their schools, families suffering under oppressive taxes and mandates, and having jobs or not having jobs. How much we spend at the gas pumps and what our children learn in school, bring public policy home. These are not just questions of price and curriculum. They are decisions of morality and values: what we believe and why we believe it.

Missourians already made a significant choice this summer in the August primary, when voters chose to reject the legislature and the executive decision in 2017, which would have made Missouri a Right-to-Work State. How this decision impacts the state’s economy and employment over the next decade will be watched closely by both sides in this debate.

Space limits our coverage of ballot issues and state candidates, but we have provided a starting place and great resources for our readers to follow up on the rest of the local races and issues. We encourage you to use this information as a starting point to inform yourselves and others on the issues and candidates so you can make a wise and informed decision. In an attempt to give a sense of the candidates’ positions and qualifications, we have chosen to highlight information from independent sources, especially their endorsements and their supporters. Be sure to go to the candidates’ own websites to see what they have to say. Some of this information can be found on ballotpedia.org and votesmart.org. For some candidates, we could only provide their websites for further information.

Every effort has been made to be fair and impartial in our presentation of candidates, as we do not and will not endorse any particular person or party. We are, however, focused on issues of faith, the economy and free market system, and education, which impact the family and the culture. Our focus and guide, therefore, in selecting information is based on the Constitution and the Author of Divine Providence on whose principles that document was created. With that in mind, please use this information as a guide and then use the available resources to further inform your own judgment and decisions.

BIO: Josh is a native Missourian from Lexington and the state’s current Attorney General. He and his wife Erin have two children; He holds a BA, History from Stanford University (2002); JD, Yale Law School (2006). He served as a Judicial Clerk in the Court of Appeal and the United States Supreme Court from 2007-2008. He has worked as an attorney from 2008 to 2011 and an associate professor of law at the University of Missouri, School of Law. He worked on the U.S. Supreme Court decision Burwell v. Hobby Lobby (2014); “Hawley was instrumental to obtaining the landmark victory that protects the religious liberty of all Americans.”

ISSUES: Senator McCaskill voted no on the confirmation vote for Neil M. Gorsuch to be an Associate Justice of the Supreme Court of the United States. Voted against an amendment to repeal the ACA (OBAMACARE) on July 26, 2017. Voted against the Tax Cuts and Jobs Act (HR 1) on December 20, 2017. In 2008, Senator McCaskill was an early supporter of Barack Obama who she endorsed for president over Hillary Clinton. In 2016, she endorsed and supported Hillary Clinton, who lost in Missouri by double digits to President Trump. In 2018 alone, Claire McCaskill has raised over $17.5 million from contributors including Centene Corp. ($357,178.00), Washington University in St. Louis ($265,691.00) and the University of Missouri ($196,420.00).3 Ratings and Endorsements: Consistently endorsed with ratings of 100% by abortion rights organizations such as NARAL, Planned Parenthood and Population Connection. In 2018, Planned Parenthood Action Fund (100%), NARAL ProChoice America (100%), but received a 0% rating from the National Right to Life Committee (2017-2018).4 Received a rating of 0% from The Club for Growth (2018), Associated Builders & Contractors (2017-2018) and National Federation of Independent Business (2017-2018). Other 2018 endorsements include Blue Rising PAC (liberal anti-Trump activist organization), Emily’s List, End Citizens United, Feminist Majority PAC, J Street PAC, Los Angeles Women’s Collective, National Education Association, and Population Connection (abortion and population control). WEBSITE: https://clairemccaskill.com and https://medium.com/@ mcCaskill4MO

BIO: Born in St. Paul, Minnesota, on January 8, 1961, and lives in Kansas City, Missouri; BA, Finance/Business Administration, Hamline University, (1983); prior candidate for Missouri State House of Representatives (2010) and Missouri State Treasurer (2012); employment includes twenty five years as an agriculture commodities trader at the Kansas City Board of Trade, the Minneapolis Grain Exchange and the Chicago Board of Trade. Currently works as a software developer with Phoenix Web Group, Principal, HedgeLogic LLC, and director of information technology with U Incorporated; treasurer for Scarritt Renaissance Neighborhood Association and Missouri Libertarian Party. Ratings and Endorsements: None found. WEBSITE: https://otoole4mo.com

BIO: Jacob is a lifelong Missouri resident who is married and lives in California, Missouri, with his wife and eight children. He attended DeVry Institute of Technology majoring in Computer Information Systems. Attended Columbia College and graduated with a BS in Business Administration and an emphasis on Accounting; small business owner and employee of IBM as automation developer and IT security specialist. Currently works in data analytics and automation support for IBM. Has owned a small business. No information found on candidate’s campaign for state auditor (2018). As auditor he plans to update the state’s accounting information system, implement new and advanced audit system, update processes and procedures, and assist government entities in design, implementation, and training on new accounting systems.5 WEBSITE: http://luetkemeyerforauditor.com

BIO: Born March 8, 1981, in St. Louis, Missouri, where he currently resides; holds BS in economics from Webster University (2007); previously ran for Missouri State House of Representatives in 2014 and U.S. House of Representatives in 2018. Worked as a financial officer from 2007-2010 and has been a business owner since 2010. WEBSITE: https://www.facebook.com/VoteVroman/

BIO: BA, Biology, University of Kansas (1979); prior candidate for U.S. House of Representatives (2010 and 2016); works as an associate at Brilliant Data Limited since 1988. No religious or civic memberships found. No ratings or endorsements found. See website for additional information. WEBSITE: https://electdavidarnold.weebly.com

Candidate website indicates the campaign for congress kicks off “February 11, 2023,” and provides contact information in Blue Springs, Missouri, with an email and a phone number but no other substantive information regarding positions on issues, ratings, or endorsements. WEBSITE: https://www.alexanderhowell.com 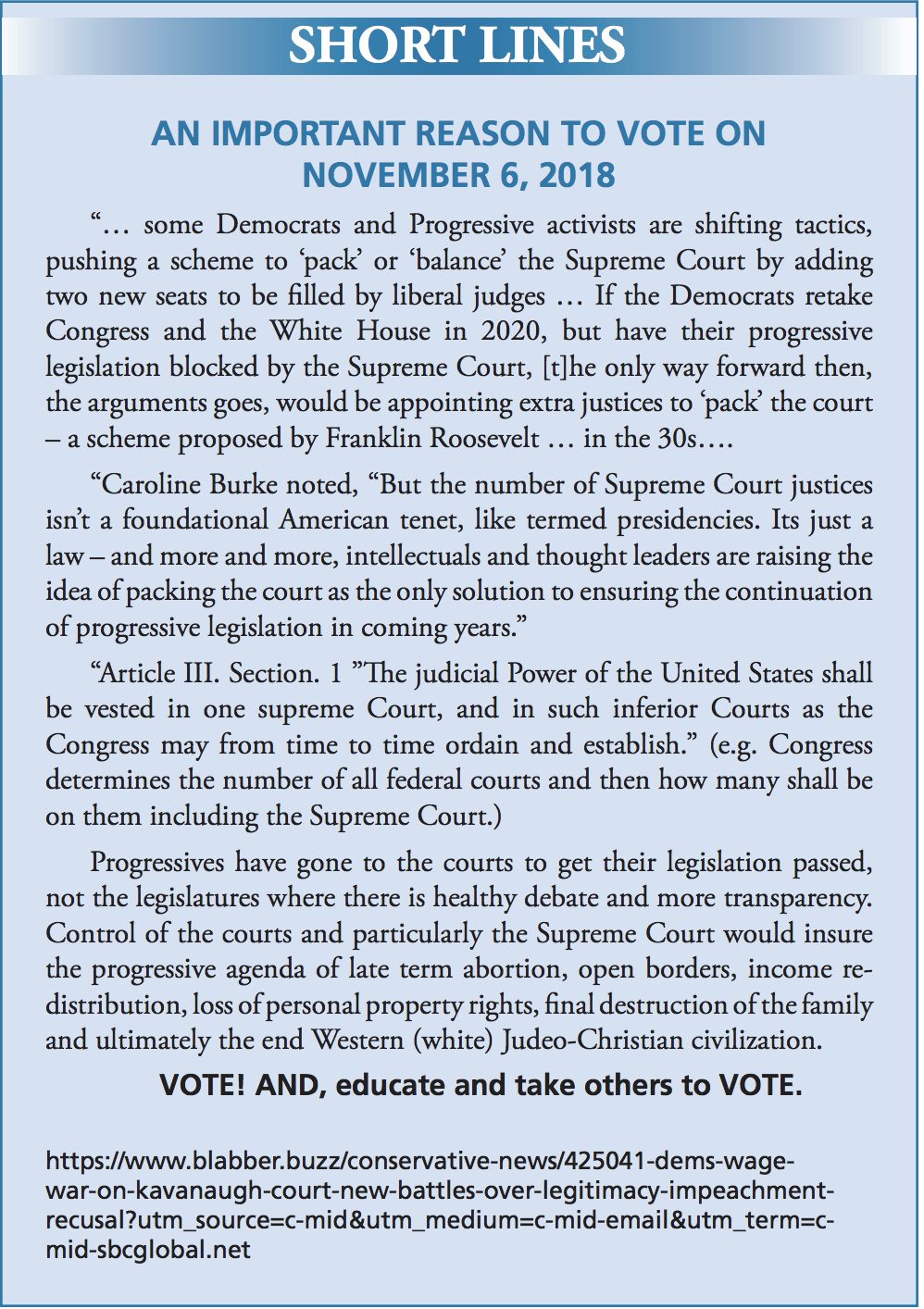